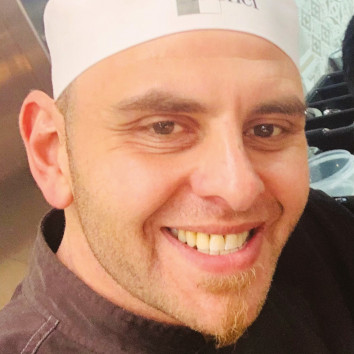 Nick is Australian-born with Greek/Lebanese heritage. He started his apprenticeship in 1995 and qualified as a Chef in 1999 and has been “in the game” ever since. From 1994 he helped out in in his family’s restaurant after school and on school holidays. He was always surprised to see how food made people happy and how it brought families together. Nick decided there and then that he wanted to be that person to cook the mouth-watering meals that he saw coming out of the kitchen.

What is his favourite food to cook
Seafood

What is his favourite food to eat
Sushi and Seafood

Return to Meet The Team